Musings about an old name, and changes in communication. 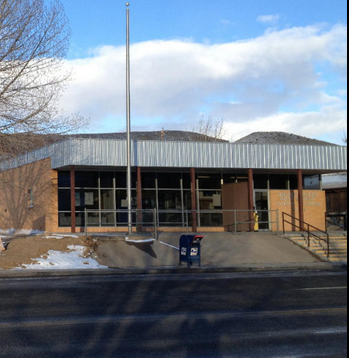 One of the many myths about Dubois is that the town originally applied to the US Postal Service to name itself “Neversweat,” and was refused.

Charming, but not exactly true. According to the definitive oral history by Esther Mockler, the US Postal Service in 1889 did deny a request to name the new town. But the name was to be “Tibo,” after the native Shoshone’s nickname for the Episcopal missionary who served them.

The Senator who served the Wyoming Territory on the Postal Service didn’t like the proposal, and named the town after himself. 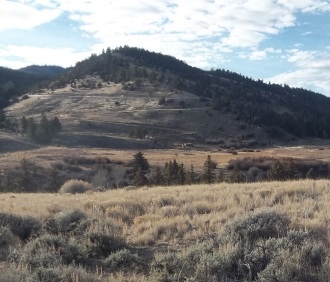 Some local homesteaders actually did apply to open a new post office named “Never Sweat” in 1895, and that request was granted, albeit changing the name to one word.

The homesteaders felt that the 15 miles to Dubois from the Dunoir Valley was too far to go for their mail. The Neversweat post office operated out of the home of the first postmistress.

Back in those days, many post offices were in country stores and in people’s homes. I get the impression that being postmaster was akin to serving on a nonprofit board today: You could officially hold the mail for your neighbors if you were willing.

For the early settlers, Mockler wrote, “a letter was the only communication with the outside world. It had to come via the Union Pacific Railroad to Rawlins, Wyoming, where it was picked up by the stage driver who operated the stagecoach to Lander. It was then taken to Fort Washakie.” A local resident took it upon himself to ride on horseback to Fort Washakie to pick up the mail for his neighbors, once a month.

Sitting at my keyboard, I can’t help pondering how communications have changed. Most of my messages reach me today within seconds after they are sent, via a cable that runs past my house and up toward the pass.

This picture arrived in my Inbox one second after I hit “Send” on my phone. How extraordinary! This brings to mind the stories I’ve heard from ranchers who once got together to string wires across poles down this valley so they could share a party line.

The appealing word “Neversweat” still lives on in town, in the name of the local quilter’s guild. But I think it’s high time to revive it more formally, for a different reason. We never sweat the Internet.

My buddy John, who works at DTE, tells me that he knows about two dozen people who telecommute quietly and anonymously from the Dubois area, 4 of them with 100 meg connections.

“All have moved here for recreation, skiing, kayaking, outdoors, the people, the safe community, the remoteness,” he remarked in an email. “I do not know of one person that moved here for the ‘telecommuting opportunities’.”

Too true. But without our flawless broadband, they wouldn’t have come.

“DTE has spent millions in the last few years,” he went on. “Fiber to The Home, Network Upgrades, Stoney Point, Union Pass, clear out to Crowheart! – relatively without fanfare … without many people noticing what’s happening, what’s happened.”

I don’t suppose DTE would consider changing its name, after all these years. But how about Neversweat Communications Services?

There’s speculation about why they  chose the name Never Sweat in the first place. I reject the hypothesis that people wanted to say you didn’t have to work out here. Anybody who knows anything about homesteading knows that can’t have been true. I prefer the theory that they were alluding to the pleasantly dry climate.

The name for the Neversweat post office went away after a few years–but at the request of later residents, not the Postal Service.

The Dunoir residents asked to name their new post office “Union,” and to place it at the base of Union Pass. That old building still stands, according to our local historian. Here’s what it looks like.

The log structure is on private land, but you can see it from the highway if you know where to look.

One thought on “Neversweat: The Details”