On the mismatch between Zoom and “real life,” and more …

“I don’t think I’ve ever heard of another team that formed and worked entirely on Zoom and Slack, without anyone meeting in person for the first six months,” Dennis Ellis of Microsoft said to me two weeks ago.

Ellis was referring to the leadership team of the Wyoming Technology Coronavirus Coalition (WTCC). Created last March, the all-volunteer group of several hundred tech-savvy people (including me) has been able to engage online in the most sparsely populated state in the nation, remaining productive in coordinated activities to address the pandemic, rather than just fretting about it.

Meanwhile, during a time of tremendous divisiveness, somehow we have remained cohesive and cordial, whatever our differences in age, gender, profession, and politics. I can’t recall a single meeting when we did not resolve disagreements easily and reach consensus without conflict.

I met Ellis during coffee break at the Wyoming Global Technology Summit in Jackson Hole. All but one of the original leadership team had signed up to attend. (Nicholas was engaged elsewhere, managing a hackathon.) As a result, we had been invited to make a presentation. So in a sense the occasion was serendipity.

Most of the team drove to Jackson from Cheyenne and Laramie, in the tech-heavy southeast corner of the state. Jeremiah flew down from Cody in his own small plane, and I drove over Togwotee Pass from Dubois. Until we joined up in Jackson, we had never laid eyes on each other in the same physical space.

We had met virtually however, twice every week since mid-March, on Zoom. During those meetings, the team worked together to plan many efforts that helped Wyoming to meet the COVID-19 crisis head-on at its start.

Long before the presentation at the Summit, we had already won public recognition from the Governor, during one of his many COVID press briefings.

Thus, despite all the debate about the practicality and effectiveness of all-remote teams, I believe we’ve shown that it’s possible to make great achievements in the purely digital space, if members are sufficiently committed, collaborative, and comfortable with the technology.

On the evening before the Summit, I was first to arrive at the restaurant where we would meet for dinner. Eager to meet my colleagues at last, I felt as if I was awaiting a family reunion, or even better than that.

I was delighted to see Lars and Tyler approaching me, in the company of a stranger. It took a few moments to register that the third man was Jeremiah, whom I knew just as well. Later, we spoke about the slight mismatch between Zoom and “real life,” and decided that it could relate to camera angle. Unless the camera is directly face-on with your face, we decided, you may seem less involved in Zoom meetings and a less-familiar member of the team..

As we all agreed afterwards, we didn’t spend enough time networking during the Summit. At the networking event after the sessions closed, we spent most of the time hanging out with each other on the terrace, rather than joining the (largely un-masked) crowd inside to make contacts.

We also chose to skip the networking breakfast at the end of the Summit, quickly agreeing that we would rather go on a hike together before driving home.

“I just said, heck, I would rather hang out with these people I’ve spent six and a half months with,” acknowledged our leader Eric Trowbridge, who is the founder of the Cheyenne-based Array School of Design and Technology. Clearly the rest of us felt the same.

On a glorious, golden Indian-summer Wyoming morning, we chatted, stopped to take pictures, and tried to avoid tripping over Tyler’s dogs as we hiked a trail at the base of the Grand Tetons. It was easy to keep a sociable distance.

During online seminars this year, I’ve heard many remote-work experts say that holding a team retreat is important to a team’s success. Of course, ours wasn’t a typical “corporate” retreat, because we spent nearly all our time together socializing. As far as I know, there was almost no talk about our business agenda.

That said, the major purpose of remote-team retreats is similar, giving coworkers who are rarely together a chance to soak in body language, subtle facial expressions, and the other kind of interpersonal impressions that happen only in person.

“We focus on the social and the casual,” said Natalie Nagele, founder of Wildbit, when she spoke during an online 2020 Running Remote conference about her own team retreats. That means replacing conference tables with couches and sofas in a communal living space somewhere, she added, and preferably not in a city where there are “so many distractions.”

My small, rural Wyoming town of Dubois would be ideal: remote, beautiful, with plenty of outdoor activities to enjoy together (and an easy drive from Jackson). In fact, I wish the WTCC team had met in Dubois before the Summit, rather than during the conference, which was a distraction too.

It wasn’t easy to say goodbye to my new old friends after the hike. But at least unlike an ordinary family reunion, I knew we’d see each other again in a few days, back on Zoom. Now the regular joke about disagreements between me and Lars feels much easier, because I know we are friends.

Thanks for reading! You can see every new entry of Living Dubois by email if you sign up at the top of the right column at www.livingdubois.com. Who’s writing? Check outAbout Me. 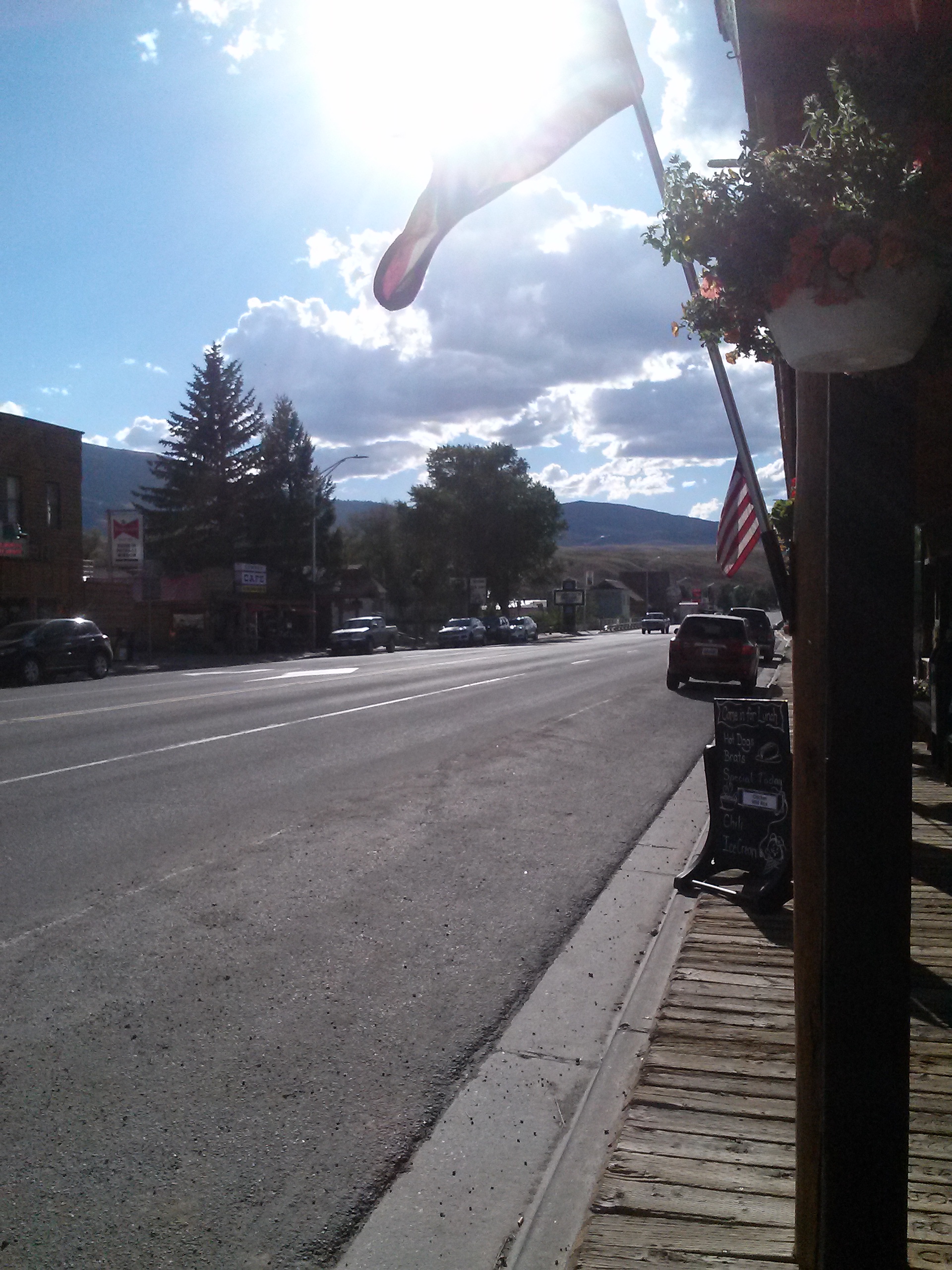