Why our new hometown is central to our financial independence. 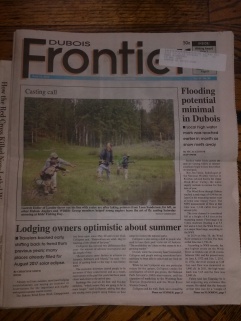 When we’re back in Brooklyn, besides phone calls and text messages with friends, we get updates from  the weekly edition of our hometown newspaper, the Dubois Frontier.

The news arrives a few days late, but at least we can keep up.

There are also reminders of what we’re missing out on by being away. Last week, as we packed up our remaining belongings for shipment to Wyoming, we were sadly absent from:

The Swedish Smorgasbord, an annual event organized by local churches. It commemorates the hearty welcome the Scandinavian tie hacks used to offer visitors to their camp a century ago, when the great snowmelt had happened and the railway ties began rumbling down the flumes toward the river.

The pack horse race, which we have never yet witnessed. In this event, those hardy outfitters who deliver people to a true getaway in the wilderness compete to see who can pack up quickest, arrive first at the assigned location, unpack, re-pack, and return first to the starting point. 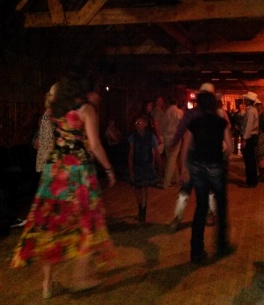 The return of the weekly square dance, which offers exercise, laughter, and entertainment to locals and delighted vacationers alike on Tuesday evenings in the summer. I don’t dance much any more (bad knee), but I help to serve soft drinks and enjoy watching the newbies trying to figure it all out.

Back in New York, I wrote recently, “long ago we dropped subscriptions to opera and orchestra for the quieter pleasure of small local performances. Thus we have found that enjoyment doesn’t always correlate well with investment” in entertainment.

This appeared in a guest blog for the website “Slowly Sipping Coffee,” which is about early retirement. Writing about the financial impact of living without salaries, I didn’t specifically mention that Dubois is our not-so-secret ingredient for financial independence.

A key factor, of course, is severing ourselves from high-tax New York to resettle in a state with no income tax. But there’s much more. 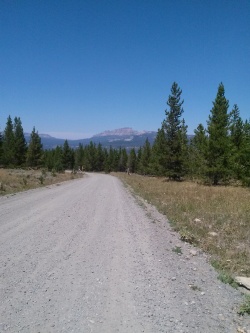 As I said elsewhere in the guest blog, Dubois is simply far less aggressive than New York City about trying to separate its occupants from our pocket change. After all, which location has Madison Avenue?

In Dubois, we don’t pass showy display windows on our way everywhere, luring us to buy new things we don’t need, and nobody can see whether or not I have a pedicure inside those hiking boots.

There’s also little incentive to show off all your bling or your expensive threads. In fact, there’s a bit of peer pressure against doing so. So why get them?

The free or nearly free local events are certainly an advantage. But most importantly, our community’s principal assets and daily pleasures–the majestic handiworks of God all around us, and the genuine goodwill of our neighbors–don’t cost us a cent.

3 thoughts on “The High Cost of Not Being in Dubois”